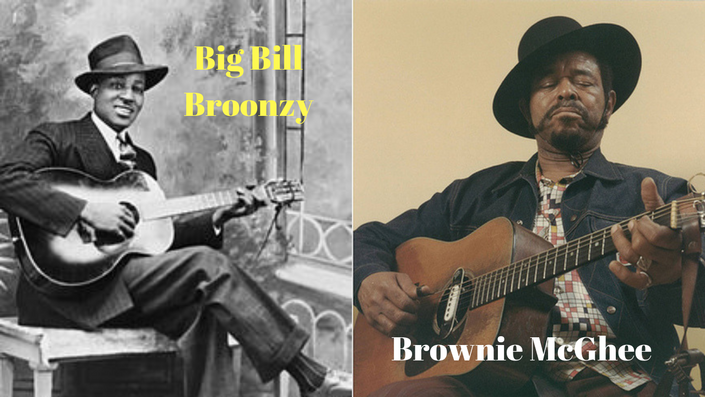 This is top notch instruction. He explains it well. Then with see the closeup of the finger picking. I can't say enough about this course. WOW!

Blues guitar evolved from the Southern Negro community and can be soulful in the Mississippi style from the deepest South, or up-beat in the Piedmont alternating bass ragtime way of fingerpicking guitar, which can be found in all kinds of modern music.

Between these two extremes, we find many acoustic blues guitarists who employed mostly standard chord progressions to create rhythmic music with a powerful swing feel, employing blues notes of course, but creating songs a bit more complex than a standard 8 or 12 bar blues.

Big Bill Broonzy and Brownie McGhee are two blues men who knew how to take the traditional blues structure and make it swing. Their particular fingerstyle patterns gave the music a definite groove that always seems fresh, a lot like modern day rock and roll. The five songs feature in this course contain only one of Brownie's pieces. - Livin' With The Blues - the rest are Big Bill's. 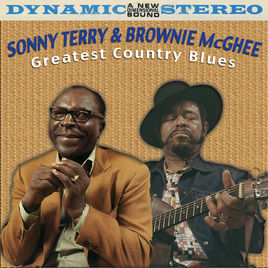 It's probably true that if you can play one of Brownie's guitar pieces, you could handle his whole repertoire! In the famous Studs Terkel radio interview he said himself that he polays the same thing for all of his songs, just making small changes here and there.

Both of these musicians sang country blues when starting out, taking the roots of the music and adapting it into their own swinging style of blues. This exciting music was a big hit in juke joints, as easily as popular as Delta blues and the more complex Piedmont (ragtime blues) style of fingerpicking guitar.

Here's what you'll be learning in this fingerstyle blues guitar lessons pack:

You couldn't expect to present a pack of swing lessons without including a Big Bill Broonzy Hey Hey Guitar Lesson, and sure enough, it's included. It's absolutely unique, both in it's chord structure and the picking style. Easy to learn, but needs some months to get that swing down tight.

Broonzy's range of styles and techniques was broader that McGhee's , which is why I present several of his songs.

Both guitar players employed a fingerstyle pattern called 'monotonic bass', or 'dead bass', indicating that the thumb hits guitar string every beat, and doesn't alternate across multiple strings as in the ragtime style. 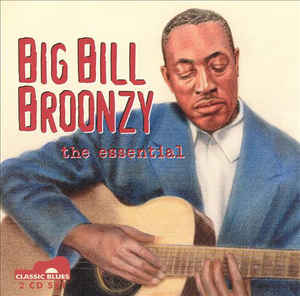 It isn't as complex alternating the basses, but it doesn't mean the guitar sound is any the less for it. They were very creative in their approach to the blues, and the way they played the bass strings was the engine that pushed the music forward in a very special way.

The video are each around 20 mins and 30 mins in length and everything is provided for you to begin playing this great music as fast as possible, with slow-down and close up demonstrations of both left and right hand. Guitar tab files are provided in PDF format for easy download.

Acoustic blues lessons in the swing style have never been more accessible - time to learn the blues! Song List: 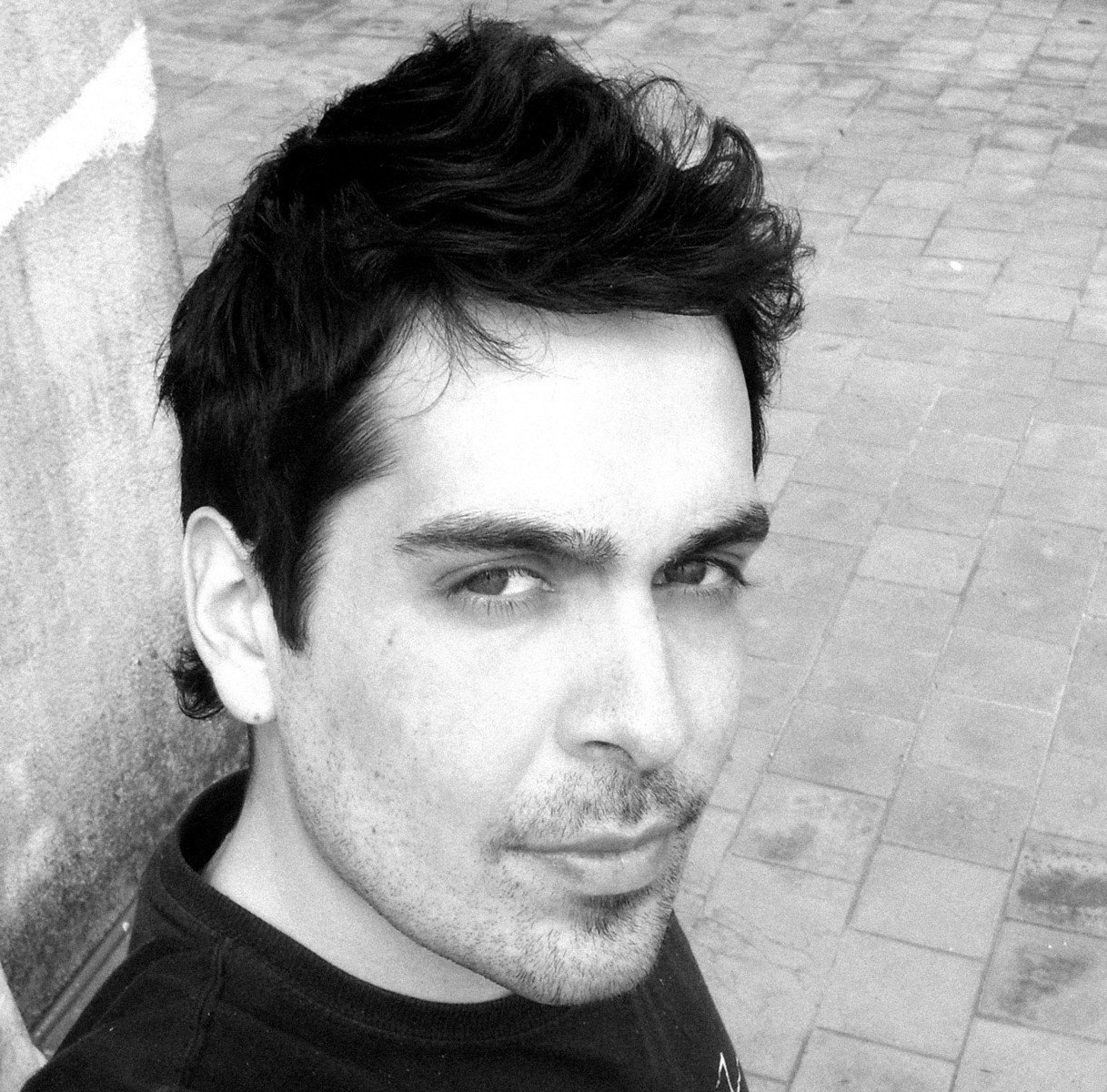 Job Well Done, Jim. Broonzy & Brownie are favorites! Still need lots of help and instruction with Steady Thumb Basics, but am learning a lot. May check into his long form courses. This one is a steal and not to be passed up, especially if you love Big Bill & Brownie!